diff-view not working for categories if default changes

Added by Manuel Selbach almost 5 years ago. Updated over 4 years ago.

the diff-view of a translated record shows "N/A" if there are changes made to the default language.

Patch set 1 for branch master of project Packages/TYPO3.CMS has been pushed to the review server.
It is available at https://review.typo3.org/48496

How can this be reproduced?

- Go to the backend with at least 2 languages
- edit a record in the default language and select a category
- copy that record into another language
- edit the copied record
- go to the categories tab
- underneath the categories tree, should be the layer "Changed in original translation"

Before the patch there will be "N/A".

After the patch the categories of the "original" language should be listed at this position.

Unfortunately I can't reproduce your issue with the provided information.

Can you provided screenshots of your issue or further steps to reproduce the problem?

After it has been copied, you select other categories in the "default" language.
Now the "diff-view" will be presented in the translated record if you open it to edit with "N/A" under the categories tree.

After the patch is a applied, the correct diff will be visualized. 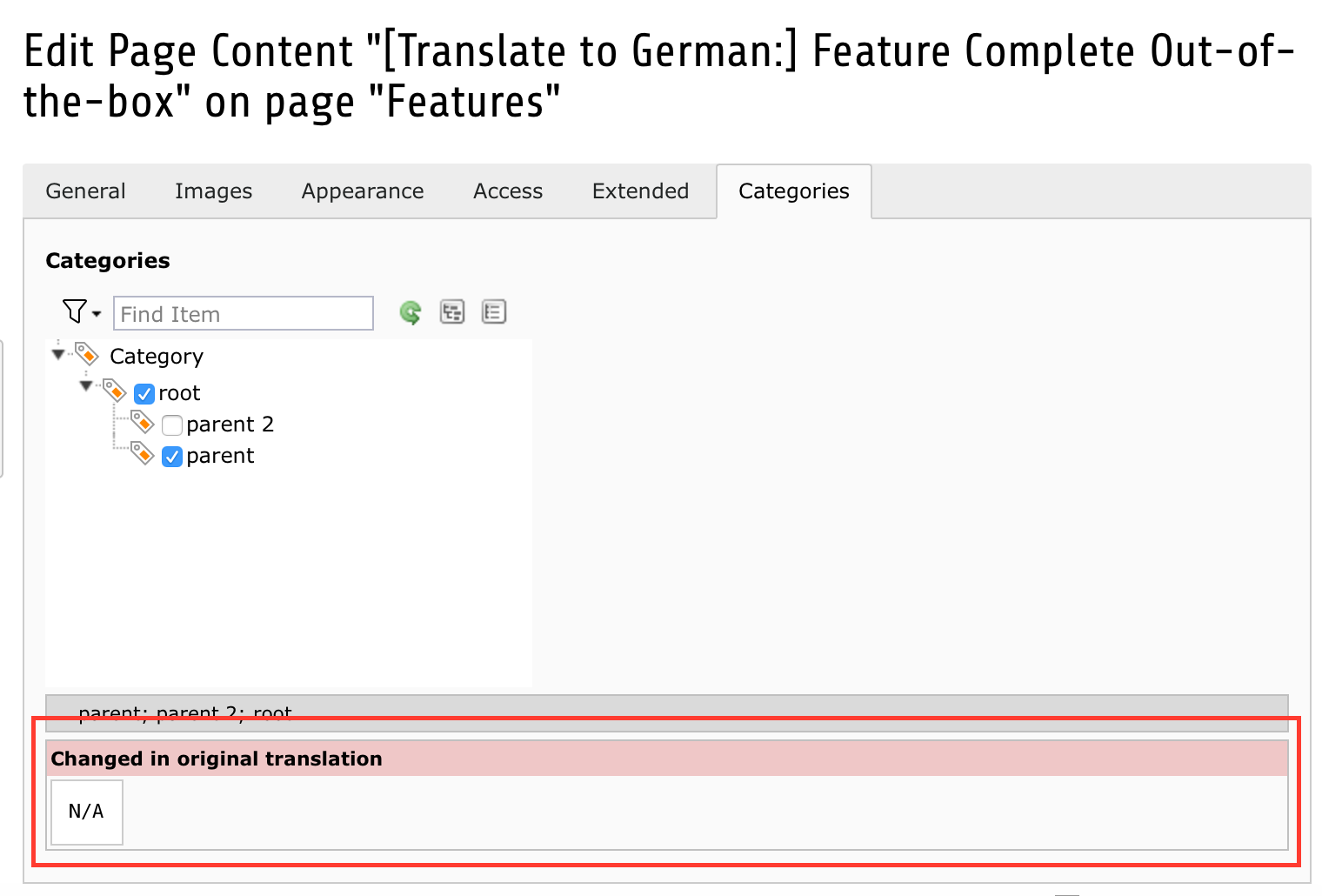 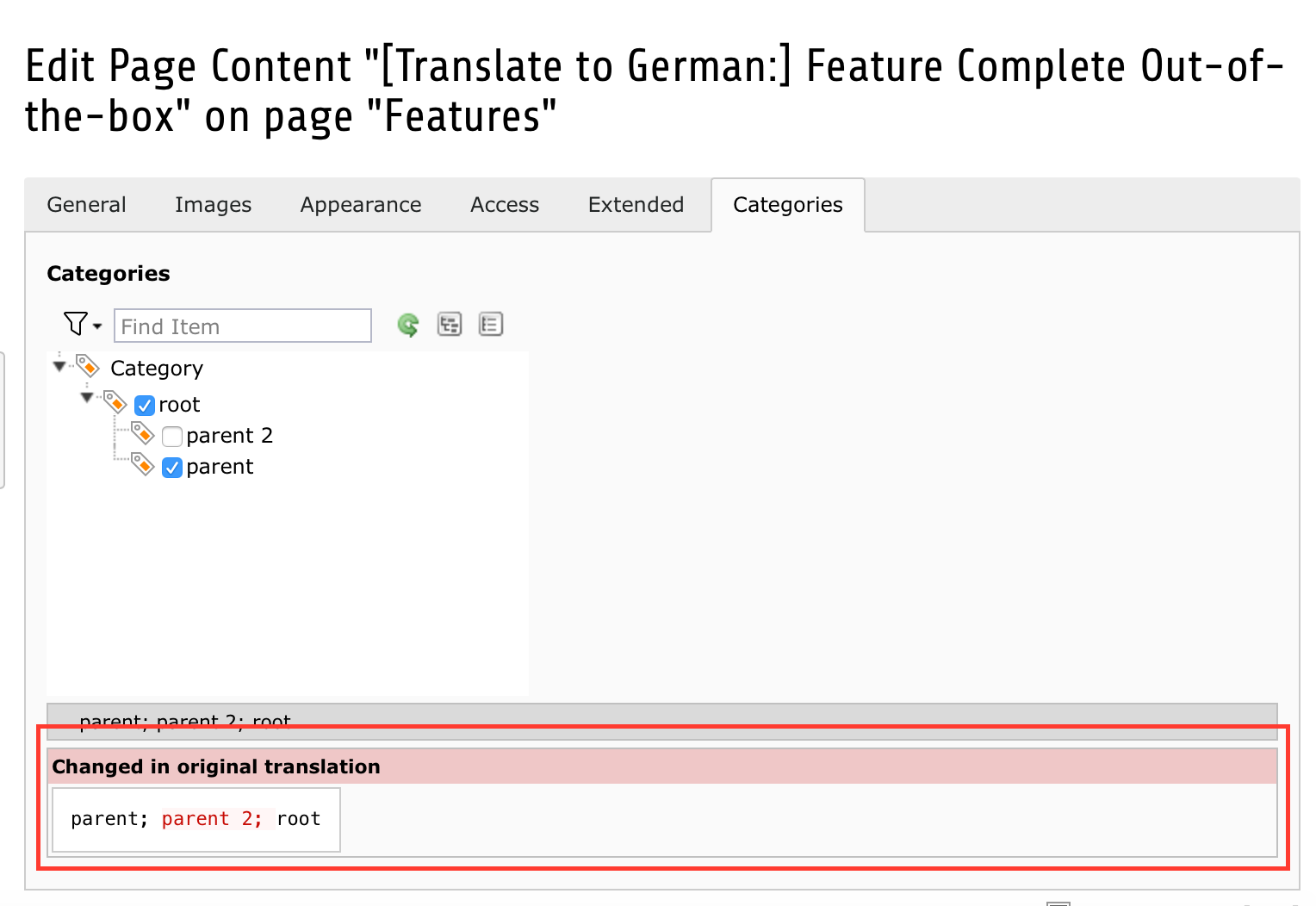 Thank you for your information. Unfortunately I don't see the red box at all. Is there any setting I have to switch on? I thought differences should be displayed in the grey box.

Yes, I thought so too and now I realized, that I have the bootstrap_package extension installed.
This one seems to activate this feature.

Updated by Benni Mack over 4 years ago

Ok, first an explanation of the feature itself:

the "Changed in original translation" diff view is meant to show in a translated record changes that have been done to a default language record after the translated record was created. and it has nothing to do with the bootstrap package:

Here is a flow to reproduce:

This feature is actually rather nifty ;)

The issue with "categories" is now that categories is a relation to a different table's record. So it does not store the value itself, but the number of connected records only.

The proposed patch lets the code look up the currently connected records of the translated record with the current state of the default language record. This is wrong, it should compare the former and "now" state of the default record only instead, but unfortunately the record resolution of related tables are not stored in the serialized thing at all.

Ergo: there is currently no fix available, it would mean we resolve all foreign connection for a record when the translation is created (which would be hard).

this can't be solved at the moment. closing the issue for now.